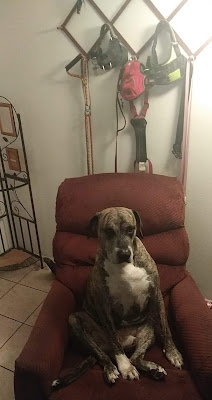 On Oct 12th, 2020 I received a text from my friends Lisa and David. The above photo was attached.
It said, this is Beau, you can have him if you want. David is willing to let him go to you.
INSTANT LOVE from both Bob and Myself. 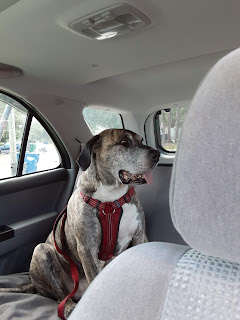 Oct. 13th we drove Beau home, this is how he looked in the back seat. His Daddy David had tears in his eyes as he whispered in Beaus ear.
Lisa told us, their neighbor had been evicted and was going to take him to the shelter, even though she had 6 dogs 3 cats and a ferret, they took him in.
He quickly became David's Dog.
they let him come to us because he was unhappy that they adopted 2 big puppies after they got him.
They got him Feb of 2020 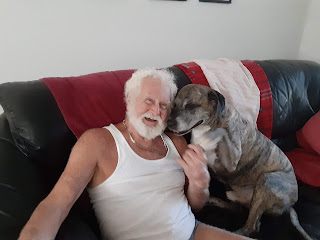 we brought him home and instantly bonded that day 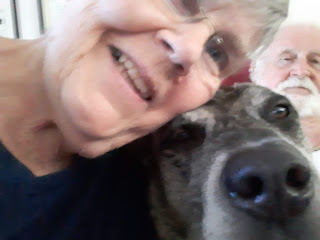 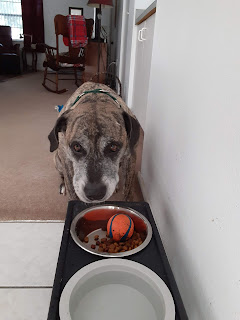 We quickly discovered he is a Ball Brain, We had 3 of the orange balls, he would place the ball and sometimes all 3 on his food, his way of saying stay out of my food to the other dogs,
After a couple of months, he decided no one would take his ball and rarely does it any more 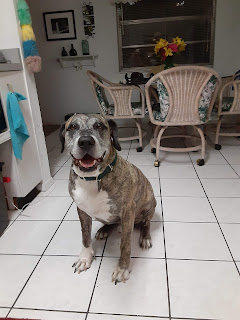 At first he just watched to see what he was supposed to do. This was day 3 after we adopted him.

His first vet visit we discovered he was chipped, I called the number to register him with us and they provided the number to where he was chipped. We were shocked to find he had been at MCAS shelter, where we adopted Big Boy and had been adopted by Lisas neighbors Oct of 2019, they only had him for 4 months and gave him to Lisa. Which meant in one year he had 4 owners. 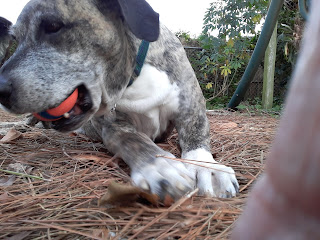 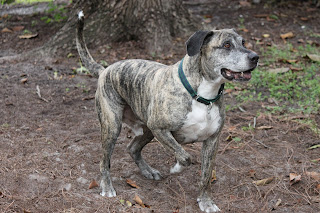 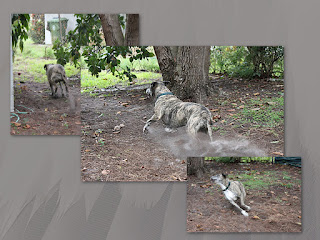 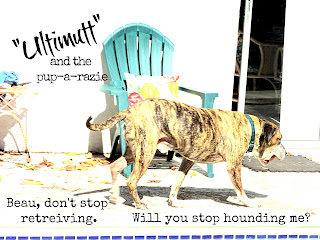 Beau is a treasure beyond belief.
He walks like an angel, no pulling or tugging, sits, stays and comes. Rarely barks, loves strangers,
he is our Gentle Giant, weighing in at 88 pounds. 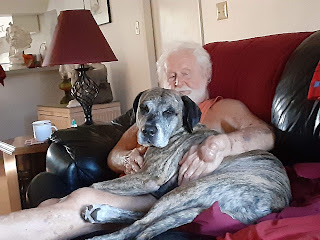 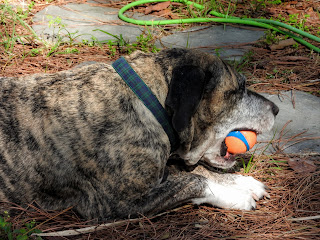 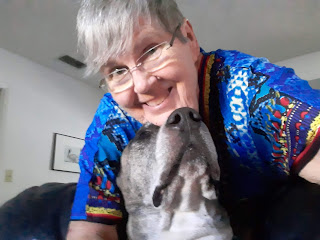 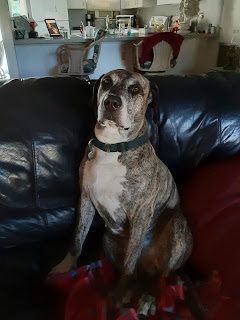 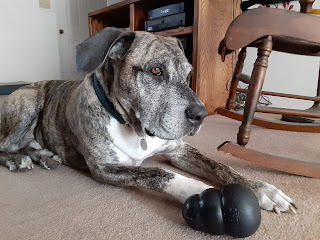 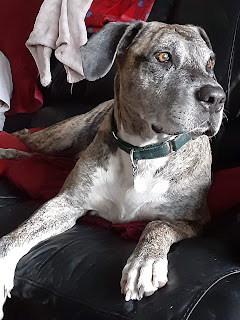 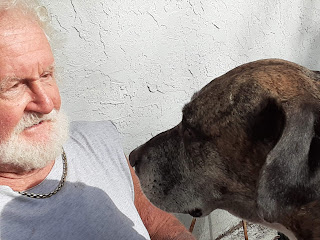 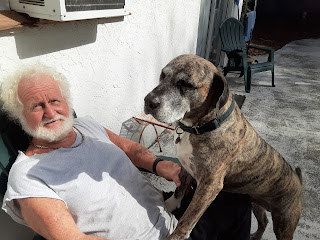