In Memory of Arty and Big Boy 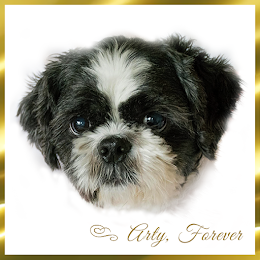 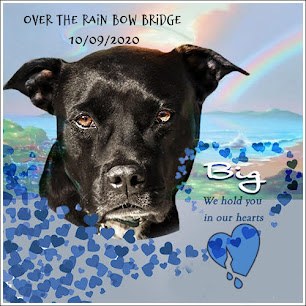 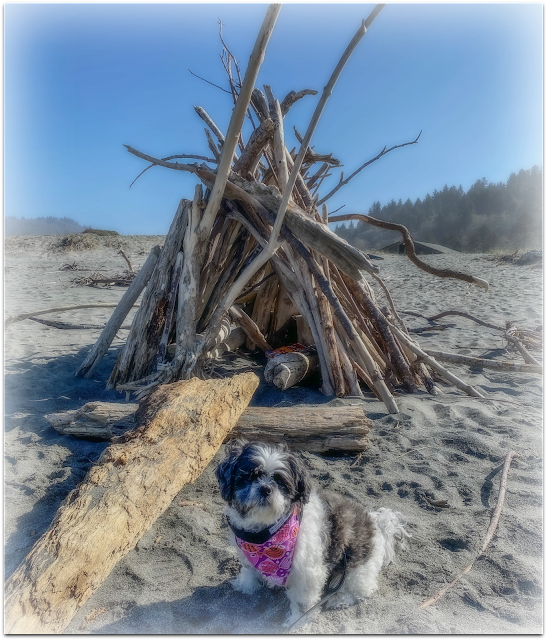 Sometimes Mama reads me stories about Arty, Jakey and Rosie. When I saw this My Beach House Arty, I said Mama, remember when Daddy showed me Our Beach House? Can I show it to Arty and everyone else?

Arty is a Little Big Man and I am a BIG big man!


Be Shore of yourself
Sea Life's Beauty
Come out of your shell
Don't Get Tide down...
Don't be shellfish
Seas every opportunity!
Arty and I were having a whale of a good time.
Arty we Fish you were HERE! Love you forever! 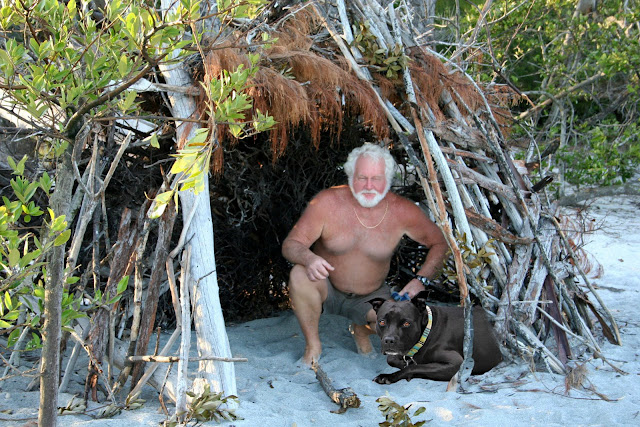 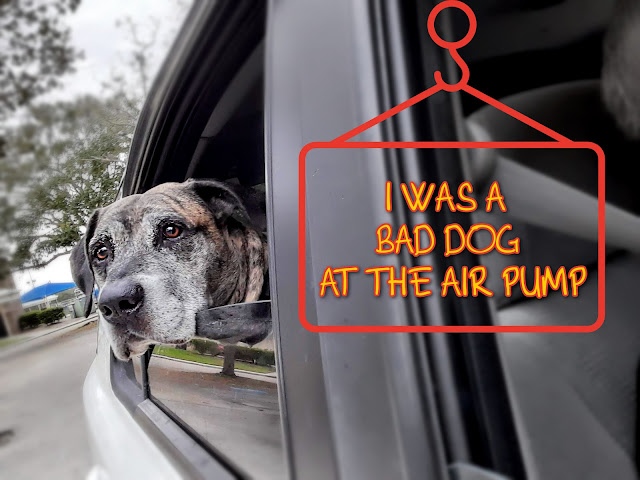 The light on the SUV that is my Ride, had a bright red blinking thing that said 3 of the tires needed air.
Daddy said they did not, it was due to the cold weather. there were words. Later when things calmed a little, Mama put my harness on and we traveled to the closet Air Pump because of  TRAFFIC, which mama says it like a four letter word. 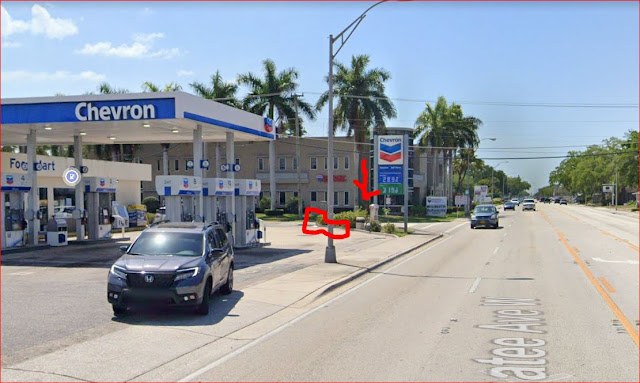 The red square is our SUV the road is the MAIN Road to the beaches, 4 lanes of 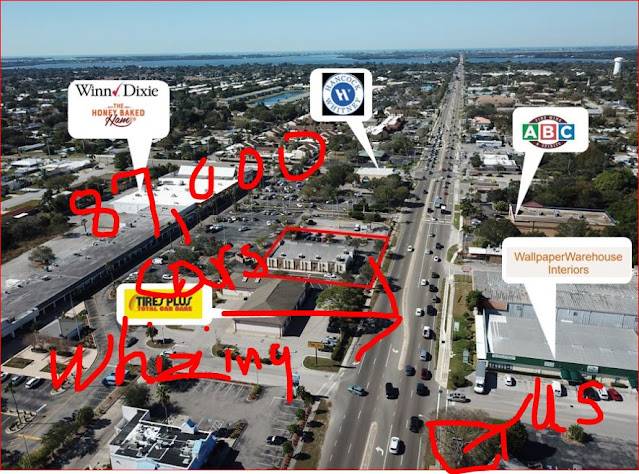 First we had to wait about 5 minutes because there was a man putting air in his tires.  that is like an hour when Daddy is in the car. he doesn't
Wait Well... The man kept going round and round and back to the same tires and put more money in and finally drove off, and daddy quit talking about how dumb he was and
Mama put 6 quarters, 1 dollar 50 Cents in..
Daddy got red faced and words were flying and Mama was afraid if he fell his head would be in the street. See Illustration below. 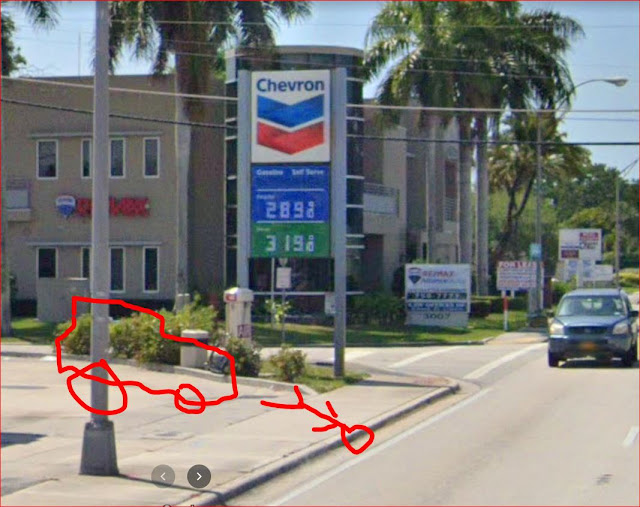 Mama got out of the car to help, I got excited because I was alone in the car, the traffic noise was so loud, because the speed limit is 55 MPH and 87,00 cars were whizzing, the air pump was groaning, daddy was , well, being Daddy and I could not hear or understand, Because Mama was screaming at me NO, Beau, Bad Dog. Beau stop, NO, while she was trying to  put 6 more quarters in
the pump. The no was Me leaping from back seat to front seat, sitting in drivers seat, back into the back, sitting in passenger seat..
They both got in the car and mama started it and the words were flying, and yes, i was back in the back seat, and we drove a long way with much ado going on and pulled into another station and Daddy kept telling mama how to park the car in the right place and you can fill in the blanks.
The Good news is, the second one worked fine and only needed 6 quarters and it was easy to use and made a loud noise when it got to the pressure, which made me excited again.
The bad news is, by the time we got home and in the house, I was limping really bad, and had no limp when we left the house.
The good news is, by the next morning I was minus the limp Plus now Mama says she will not have to ask daddy to put air in the tires because she found one she can use and she said
Beau you are never going to ride to get air in the tires again..
I said mama, The Weims Told Me to do this. It wasn't MY idea!
PS  from Mama, the pump was broken and the man we waited on had the same problems we did, 3 dollars and we got zero air, PLUS the tires were 25 not 35 which proved we did NEED air.
😎

Lunapic Tie Die  Surreal and water animation
Below is the same without the water..
My blog is close to Comments Today so you can Read  Final Friday Fiction on
Mama's Blog today  Click Here for The Convoy, on MadSnapper
COMMENTS OFF
Posted by MadSnapper at 12:30 AM

Paws for a Moment to give Thanks 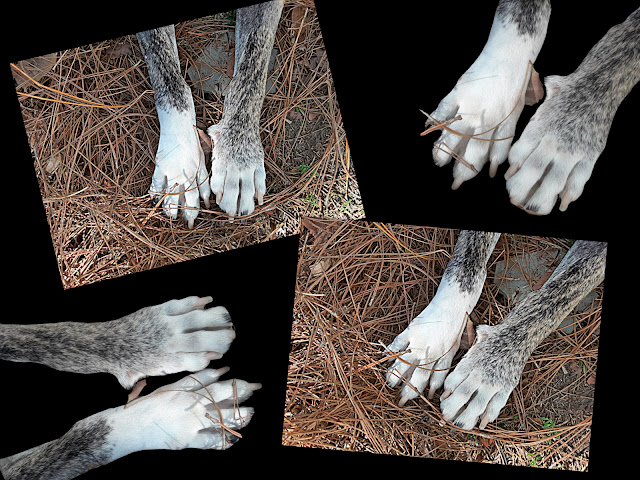 You like my paws! Right? Right?
Nod you head with me OK:

Now that I have your attention, here in USA today is Thanksgiving Day..  We paws for a moment to give thanks for all the blessings we have.
Mama says this whole Thanksgiving Dinner thing started in November of 1621 when the Plymouth colonist and the local Native Americans, Wampanoag, got together to share their harvest.
That year the colonists were dying from contagious disease and scurvy and suffering and dying.
When they left the ships and went on shore, they had a visit from a native American from Abenaki tribe who could speak English.
Several days later, he returned with another Native American, Squanto, a member of the Pawtuxet tribe who had been kidnapped by an English sea captain and sold into slavery before escaping to London and returning to his homeland on an exploratory expedition. Squanto taught the Pilgrims, weakened by malnutrition and illness, how to cultivate corn, extract sap from maple trees, catch fish in the rivers and avoid poisonous plants. He also helped the settlers forge an alliance with the Wampanoag, a local tribe, which would endure for more than 50 years and tragically remains one of the sole examples of harmony between European colonists and Native Americans. Out take from History.com Article HERE
Mama is thankful she found the article and learned new things. We are both thankful we are friends with you in many countries all over the world.
Here we are, 2021 on Thanksgiving Day which is also Brians Thankful Thursday.