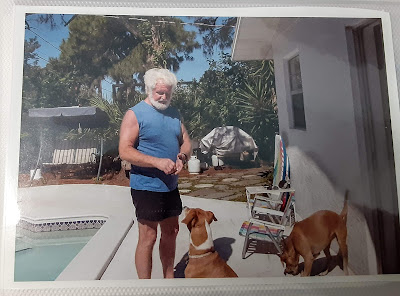 Cell Pics of old photos from Daddy's brag book that rode with him in his truck and the two dogs that rode in that truck hanging out the windows in 2002 .
The brag book was dragged out to show any one he could capture to admire our Cooper and Baby,
Cooper has the white on his neck. Both were rescues from shelters, Baby first and Cooper 3 months later, two different shelters.
More photos from the brag book coming soon
Mama says to tell you I am the first Black Dog they ever had and I AM THE BEST dog they ever had.
She means I am a GOOD boy . Brown dogs are good but Black dogs ROCK.
She also said something I overheard. That All 5 of their dogs were Heinz 57 and were rescue DOGS
What does Katsup/catchup have to do with dogs? 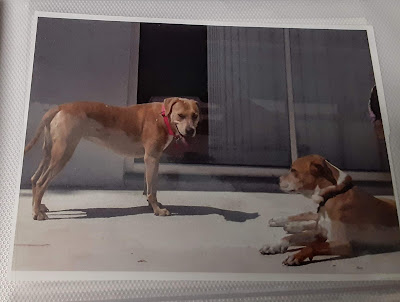 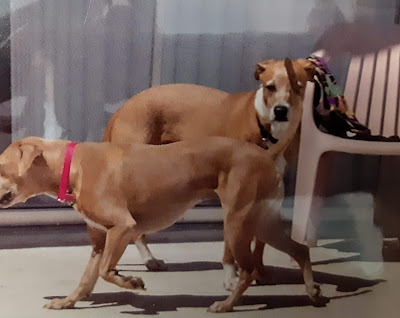 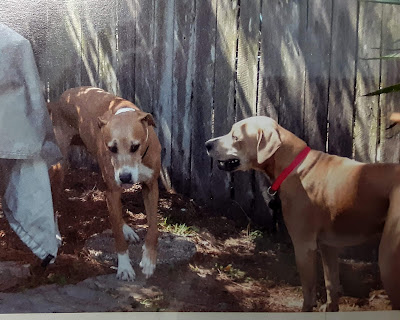 Pics I have never seen! I do NOT approve of people buying dogs when so many need homes or else will die.

we know it... it means that no one can live without such pups... they are essential and we really need them... like our dad who needs Heinz on efurrything...

Bob looks the same. He never changes does he?
I'm now wondering where the came up with the Heinz 57 variety for a mixed breed dog. You can make that the subject of another post.

Your Mama has found all the good dogs at the shelters. I am happy that Cooper and Baby had the same loving home that you have now. Take care, enjoy your day!

BB, your daddy may have bragged on those other dogs, but your Mama sure brags on you. With good reason, too.

They are adorable but of course you are the best! :)

Both your angels had beautiful color furs.
Hugs Cecilia

How nice to meet your Angel Siblings. We're sure they were good pups but you definitely are the best, Big Boy.

Awwww! I love that your daddy carries a brag book!
What a nice feeling, know you've Angel siblings watching over you, and mommy and daddy. For sure, Big Boy rocks!

I've read that black dogs and cats are the hardest to place. Good for you, for getting BB, your best dog ever.

Oh, your Angel Sibs are pawsome BB!!! Your peeps sure do knows how to pick the gems!!! And, of course, you are the BESTEST! And I totally agree abouts the Black dog thing....being half 'black dog' myself...BOL!!!
Kisses,
Ruby ♥ 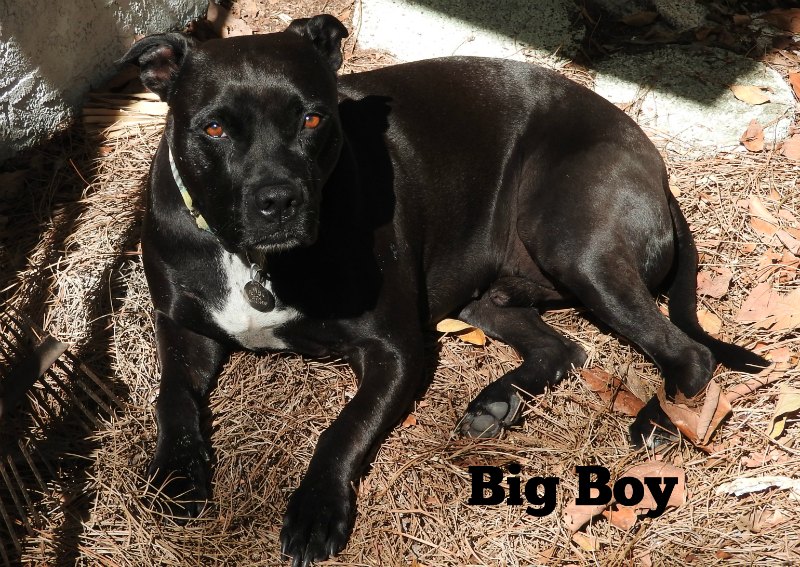